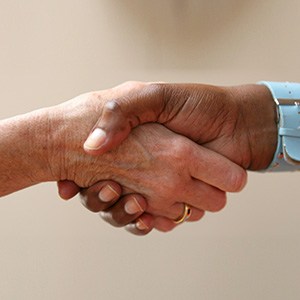 Licensing a patented technology is one of several ways an innovative business can monetize its intellectual property. Licenses may be relatively narrow, small deals, or they maybe among the most important transactions in a business’s history. Given the potential complexity of patent licenses, there are few one-size-fits-all parameters that will be useful to every business during its negotiation. But here are a few major ideas that are worth bearing in mind before setting out to negotiate a new license.

A patent license only should be negotiated under the terms of a confidentiality agreement. An NDA ensures that negotiations can be frank, open, and detailed. It also ensures that the patent owner can freely negotiate with other potential licensees without the risk that its offers and concessions in the current negotiation won’t be used against it. Naturally, the terms of any license agreement should also be subject to a separate confidentiality arrangement.

2. Take the other side’s circumstances into consideration.

It would be great if every business with a potentially infringing invention took the initiative to ask for licenses before it started to violate the rights of patent owners. In the real world, license negotiations often take place under circumstances where a competitor has developed a new technology that—inadvertently or not—encroaches on a patented design, and the patent owner discovers the problem in the course of its enforcement program.

For the patent owner, understanding the position of the other side is a key component of the overall negotiation strategy. Quite often, license negotiations take place in a context of intense pressures. If the licensee is already heavily invested in a product or has strict deadlines to meet, the patent owner may have significantly greater bargaining power than if the licensee is in a more exploratory mood. A separate but equally important consideration is how the licensee will use the technology. The license’s price should reflect the technology’s importance to the licensee’s business. If it will be part of a cornerstone product the license should cost more that it would if it was part of a relatively low-value project.

3. Beware the battle of forms.

Patent license negotiations invariably begin with one side or the other insisting that their form be used. Negotiators for the potential licensee may even argue that they can’t deviate from the material terms of their form without extensive delays or a risk that the deal will fall apart. There are two types of business that are more likely to offer this sort of resistance. First, very small firms with relatively little experience or resources may want to avoid paying their lawyers to review proposed changes to a form that managers were told will work in every deal. Second, very large and well-heeled firms may take the position that their offer is so good it is beyond negotiation.

Patent owners don’t need to be intimidated by tactics like these. If the licensee is serious about using the patented invention, it will do what’s needed to reach an agreement. Sometimes, agreeing to use the other side’s form of agreement can be a fairly low-cost, good faith concession that starts negotiations off on a positive note. In other cases, the other side’s form will have too many missing pieces to be useful.

Negotiating a patent license begins by negotiating the parameters of the negotiation itself. Defining the mutual goals of the process will help the attorneys and negotiators of both sides understand what should and shouldn’t be part of the deal. For example, a patent license needs to clearly define what the licensee can and can’t do with the licensed technology. Similarly, a license should also be clear about the rights that the patent owner will retain. Important considerations like geographic scope, market restrictions, spin-offs, and so forth all will factor into price negotiations and create important contract considerations.

One of the important pieces of negotiating a license is ensuring that the license does not pose a threat to the patent owner’s broader brand. Controlling if or how the licensee may use the licensor’s name, trademarks, and other intellectual property is key. More broadly, the patent owner should develop a clear understanding of the licensee’s history. For example, if the licensee has a bad track record of quality problems, the licensor will want to ensure that its name doesn’t become associated with a potentially low quality product.

6. Keep track of the license over its lifetime.

Once a licensing deal is in place, the licensor needs to stay abreast of the licensee’s actual uses of the licensed technology. In some cases, a right to audit or inspect the licensee’s records or facilities might be appropriate. In others, the licensor will simply need to keep a close eye on how the licensee uses the patented technology, how it speaks about it, and how the market reacts to it. When a license expires, it will be important for the patent owner to enforce all of its rights with respect to the technology, including the right to demand the return or destruction of technical specifications and other confidential information.