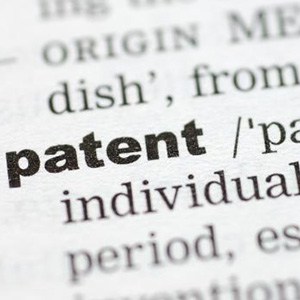 Prior art can pose significant challenges for innovators trying to patent their inventions. One of the central questions a reviewer at the U.S. Patent and Trademark Office (PTO) asks about an application is whether the invention it describes is new and non-obvious. If the reviewer finds prior art that shows that the invention is in fact obvious or not new, the application will be denied. Ordinarily, information shared under obligations of confidentiality is not public and therefore not prior art. But such information can become, in essence, “semi-public prior art” in cases where the parties to such a confidential arrangement disagree about the patent ability of an invention that makes use of such confidential information.

Placing semi-public prior art in context

Prior art can come from a wide variety of sources. Broadly speaking, prior art is evidence that addresses the question of whether some or all of an invention was publicly known or available, anywhere in the world, before the application was filed with the PTO. Prior art includes existing domestic and foreign patents, academic publications, trade show presentations, and products in the marketplace that may or may not be subject to patent protections. Even if they are confidential, other pending patent applications also function as prior art. Other than the special case of confidential applications, the key feature of most prior art is that it is public information. The PTO can learn about prior art in a number of ways. Applicants are required by law to make a good faith effort to disclose prior art that may have a material bearing on the patent ability of the claimed invention. Competitors may contest a pending application through several mechanisms:

By definition, information that is kept secret by an inventor is not public, and therefore is also not prior art. A common example of this kind of information is trade secrets. Provided that an organization has taken steps to prevent disclosure of its design to people outside the organization, the organization can’t use the design to contest a competitor’s patent application at any stage.

Semi-public prior art falls into an interesting category of its own. The term applies to information that gets shared between distinct inventors in a confidential collaboration, potentially under the terms of formal agreements. For third-parties who are not within the closed circuit of the collaboration, such information remains non-public and, indeed, un discoverable. By definition, it is not “prior art” for such applications. Therefore neither of the collaborators can make use of the confidential information they are sharing between themselves to contest an application by a third party.

Prior art in the context of collaboration

But what if a dispute arises between collaborators or joint venturers when one of them files a patent that may be wholly or partly based on a jointly developed invention? Under subsections (b) and (c) of 35 U.S.C. § 102 information is not prior art provided that:

Note that someone may be a “joint inventor” of a claimed invention even if the person only had a role in developing a single claim in the application. The Federal Circuit has held that someone may qualify as a joint inventor if they understood the potential usefulness of the information in a novel invention, and in a context of collaboration. A joint inventor who is left out of a patent may file a derivation proceeding to get joint ownership, and also to recover damages for infringement.

Disagreements between collaborators and joint ventures are substantially more likelyto occur in circumstances where the two parties to a confidential disclosure have not anticipated the problem beforehand by setting out specific standards for their relationship in one or more written agreements. The agreements need to cover several things:

The specific approach innovators should take when they share confidential information will depend on the nature of the invention, the competitive marketplace, the relationship of the parties, and other factors. For more than 14 years Christopher Peil has provided patent counsel to business in the Silicon Valley tech industry. We work closely with clients to protect innovations at every stage, from their inception to the end of a patent’s term. If you have questions about how to protect your business’s intellectual property in a joint venture context.