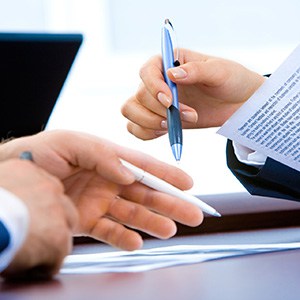 Defending a patent against infringement requires diligence and care. Keeping tabs on the marketplace for infringement can itself be a time-consuming and difficult effort, especially when a patented invention is hard to detect without extensive analysis. Once an infringement is identified, the patent owner should move quickly to put a stop to it. In many cases a properly worded cease-and-desist letter, or patent notice letter, can be enough. If the infringement doesn’t stop, the notice letter can be a useful tool in the ensuing litigation.

The role of the patent notice letter

A patent notice letter is often the best first step for protecting a patent against infringement. A properly drafted letter at a minimum identifies the owner’s patent, describes in detail the infringing products, provides the patent owner’s contact information, and proposes a solution to the problem. The proposed solution might be an offer of a license or a demand that the other partycease using the technology. Such letters have a number of important functions. Here are just a few:

The risk of declaratory judgment, weaknesses in the patent owner’s case, commercial considerations, or other factors can make an immediate lawsuit preferable in some situations. Filing litigation without first giving notice to the in fringer has a number of strategic advantages. In addition to avoiding an action for declaratory judgment, it gives the owner the first choice of forum and allows the owner time to develop a legal strategy. It may also avoid state law claims and actions by the in fringer at the Patent and Trademark Office (post-grant reviews and inter partes reviews).