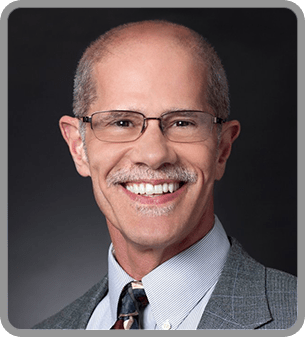 Helping businesses protect & profit from their innovations in Silicon Valley &
the San Francisco bay area. We are reachable at (415) 896-4254.

We Guide Patent Solutions Crafted To Your Business Objectives

Companies across the United States are now using intellectual property protection mechanisms such as patents, and trademarks in a very different manner in the age of digital technology. For example, according to recent estimates, Google is now being granted about ten patents every day that the U.S. Patent and Trademark Office is open, and while some of these patents are focused on inventions and processes that improve the efficacy of Google’s search engine technology, many of them are completely unrelated such as Google’s patent for a “Smart Home Hazard Detection System.” Google is not alone in this respect. Many companies such as IBM, Microsoft, Facebook, and Apple are all filing patents on a wide range of technology that is still in the infant stages of development. In fact, IBM, in particular, was awarded over 9,000 patents in 2017.

So, the question then becomes, why are these technology giants filing patents at such a rapid rate? There are two answers to this question. First, the United States patent system switched to a first-to-file standard in 2013. This shift gave all companies an incentive to file for patents as soon as possible or risk having their patent application rejected due to a competitor filing an application for the same technology or invention first. Consequently, companies ultimately realized that patents and other forms of intellectual property (IP) protections could be used as a strategic advantage over their competitors. This methodology is both the second answer to our question and the most important factor currently influencing how corporations worldwide structure and view their IP portfolio. 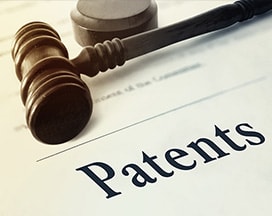 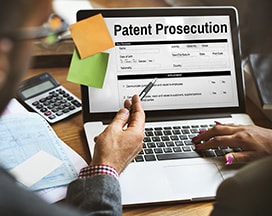 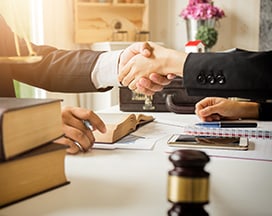 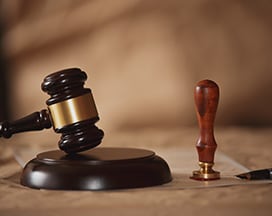 The Power Of IP

As a dedicated patent lawyer in San Francisco, I partner with technology clients to understand their businesses; to capture the innovations central to their business goals; and to translate them to protected IP assets.

Providing protection for your Patents and Trademarks. Working as an IP lawyer in San Francisco and the surrounding areas for the last 14 years, I have been helping Silicon Valley and San Francisco Bay Area businesses to profit from their innovations. In the time I have been practicing, traditional defensive IP strategies have begun to give way to novel and collaborative business models in which a company’s IP assets are recognized as important business tools that provide a foundation for corporate strategy.

A Strategic Approach To Creating An IP Portfolio

Regardless of whether you are the CEO of a small tech start-up or a multinational corporation, the key to creating an IP portfolio that facilitates corporate growth, generates value for your shareholders, and effectively protects your company’s brand, inventions, and trade secrets is choosing a mix of IP protections that is tailored to the type of technology you’re developing and the industry your company operates in. This is accomplished through extensive collaboration with your patent attorney. During this discussion, your patent lawyer will evaluate which IP portfolio is the best fit for your company based on:

Using Patents To Gain A Strategic Advantage In The Modern Marketplace

There is a distinct difference between owning patented technology and using it strategically. The legal battles between tech giants in Silicon Valley over patents have been rightfully named the “Patent Wars,” because companies in the technology sector have been using their IP portfolio to gain an advantage over their competitors. However, a more reasonable approach to your company’s IP portfolio is to think of your IP from a holistic viewpoint, rather than a weapon that could be used to gain a competitive edge. Meaning, a single invention might require multiple patents for the technology itself and any unique components that increase the device’s functionality or efficiency.

“Chris' extensive knowledge pertaining to the current market and laws are a clear indicator of his experience. Combine that with the fact that he picks up right away to answer any questions makes him the obvious choice for IP solutions.” 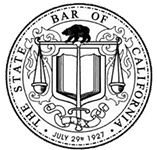 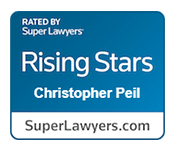 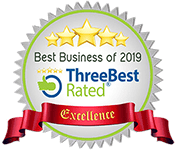 While patents offer strong protections for the owner of a patent, they do have certain drawbacks such as only being granted for a 20 year period of time or having to file the patent publicly in most cases. Trade secrets, however, consist of information such as formulas, patterns, compilations, programs, devices, methods, techniques, or processes that an IP owner has deemed a trade secret and taken active measures to preserve the technology’s secrecy. Deeming certain processes or inventions as a trade secret can be an appealing option in certain scenarios because trade secret protections do not expire. Moreover, a trade secret owner can often seek damages, royalties, and other forms of compensation in the event that a trade secret has been misappropriated.

However, in the event of litigation regarding the misappropriation of trade secrets, your company must be able to demonstrate that you took reasonable steps to preserve the confidentiality of any trade secrets that were misappropriated in order to prevail. Due to this, creating a plan that outlines the steps your company has taken to preserve the confidentiality of a trade secret in anticipation of any litigation that could arise in the future is the most efficient way to strengthen the protections afforded to any trade secrets. This process should be done through in-depth collaboration with an IP lawyer who can advise you and other executives involved as to whether or not the steps you have taken are enough to pass judicial scrutiny. Moreover, certain events such as new partnerships, expansions, and mergers often require your company’s upper management and IP lawyer to re-evaluate and revise the steps you have taken to protect all of the trade secrets within your corporation’s IP portfolio. Attorney Peil consults with some of California’s top patent trial attorneys so that he can offer his clients the best advice possible when their patents, or trademarks are violated.

While it is true any patent owner should protect their IP from infringement, a patent lawsuit, in general, is an expensive and time-consuming process. Moreover, it can often be bad for business for both sides, because regardless of who initiates the suit, both companies will normally watch their stock price fall due to the uncertainty surrounding the outcome of patent litigation from the perspective of shareholders. Thus, negotiating a license can be a much more appealing and profitable option when an instance of patent infringement is discovered. A successfully negotiated license will not only allow your company to avoid a costly court battle, but it can also generate a substantial amount of revenue over time.

When licensing and other alternative means of resolving an infringement suit are not an option, patent infringement litigation may be your only option, but in order to prevail, your company will need to hire a patent lawyer with a legal acumen that combines an intimate knowledge of patent law with an aggressive, experienced-based legal strategy. One of the biggest changes to patent law from a strategic standpoint came out of an opinion released by the U.S. Supreme Court in 2017 in the case of TC Heartland LLC v. Kraft Foods Group Brands LLC. In this case, the Supreme Court ruled that, pursuant to 28 U.S.C. §1391, the appropriate venue for patent infringement litigation is in either the state of incorporation of the defendant or the location where the defendant has committed acts of infringement and has a regular and established place of business.

The decision in TC Heartland severely limited the practice of “venue shopping,” and as a result, a careful analysis of which venue is both appropriate and plaintiff-friendly is an essential part of analyzing the strengths and weaknesses of a particular patent infringement claim and your company’s overall litigation strategy. Moreover, the holding, in this case, demonstrates the meticulous nature of patent litigation in general. Your patent attorney will not only need to have a thorough understanding of the interplay between an invention and the patent your company owns, but they will also need to collaborate with key stakeholders within your company to develop the most effective litigation strategy possible.

When a client who Attorney Peil represents requires litigation to enforce a patent or trademark, he teams with the top litigators in the San Francisco area to obtain the desired objective.

Trademarks In The Modern Era

Corporations worldwide invest time, money, and resources in differentiating their products from their competitors, but the average customer often uses a trademark as a quick means of identifying a product that is made by a company they trust. Due to this, trademarks are often protected by both state and federal law, as is the case here in California. However, the key to using a trademark effectively and strategically lies in protecting the mark from infringement and evaluating how many trademarks your company should register for its products, which can vary on a case-by-case basis.

Trademark infringement not only confuses consumers but it also often leads to genericide, which can completely debase and dilute the strength of a trademark to the point where it is no longer valid. Consequently, each trademark should be chosen and monitored carefully at all times, and any infringement your company discovers should be addressed with swift legal action. As a part of their overall IP strategy, many corporations often register multiple trademarks for products designed for different sectors of the market, which, from a strategic standpoint and from an IP portfolio standpoint, can be an effective means of gaining market share by selling products that compete against each other thus causing your company gain a more dominant position within your industry. Moreover, owning multiple high-value trademarks can often be a valuable investment that pays dividends over time, because trademarks for different products can often be rebranded as the long-term strategy of your company evolves.

Christopher Peil is a patent attorney in San Francisco, CA with extensive experience in patents, trademarks, trade secrets, and intellectual property infringement and misappropriation. He has helped create, structure, and protect the IP portfolios of companies throughout Silicon Valley and the state of California by providing companies superior, high-quality legal services that are tailored to the needs of growing corporations. So, if your company is seeking to create or expand your IP portfolio, contact our office today to schedule a consultation and find out how an experienced patent attorney can help your business create an IP strategy that generates value and facilitates long-term growth.

We can help your business develop a comprehensive plan for growing and protecting its portfolio of IP assets. Contact us to learn more.

Please provide your name and email address to subscribe to our monthly newsletter.

Get Help Now
Get Directions